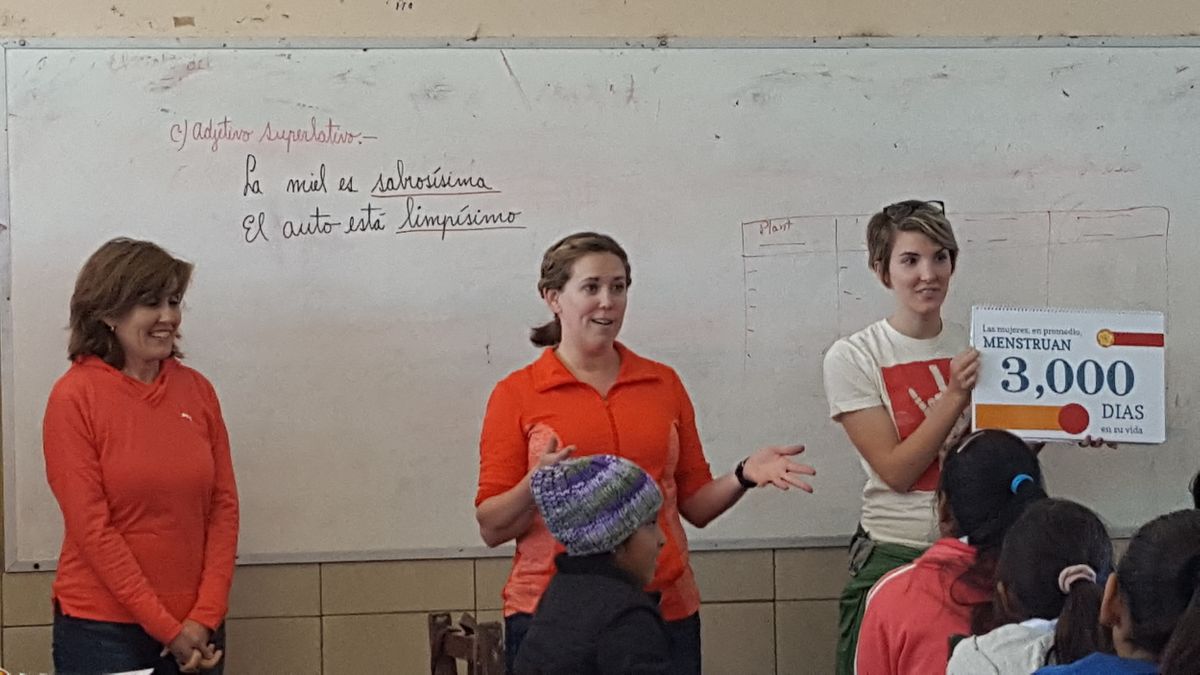 So, on Tuesday we jumped right into a school to teach while they went back to customs. Another group went to a school to haul dirt and help prepare a new classroom for a floor and roof.

We started with a smaller class of girls on Tuesday morning. They were on the younger side (ages 10 & 11) and I felt apprehensive about teaching them a lot of the program that lays out things about their bodies and how to make babies, etc. (And honestly, I still didn’t have all the vocabulary), so I did the best I could. Our local contact Nurse, Irma, who was a head director at the Center of Health and was someone our team regularly worked with, would rephrase and pretty much repeat a lot of what I said. It was helpful to have her correct me here and there and then give me the words in Spanish that I was searching for. But she also took a moment to teach something about menstruation and I realized that she didn’t entirely understand it herself. I thanked her and rephrased what she taught so that the information was correct and realized that what we taught was so important because many of the women, teachers and parents also didn’t know all the details about their bodies and how they worked.

We had about 3 classes of girls in there with us. We were trying to explain that we wanted all the girls available in the school between the ages of 12-18, but many were in a test so we only got about 35-45 girls.

After teaching the first round, I think Irma saw the vision of how important our mission was. We went back to the school in the afternoon to teach another class. Everyone there goes to school from either 8am-1pm or 2pm-6pm, with one school in the morning and a completely different school in the afternoon. We pleaded to get as many girls as possible in that age range into the same room so that we could teach them all at the same time since we didn’t have a lot of time to come back and teach later. We ended up piling 85 girls into the same classroom. 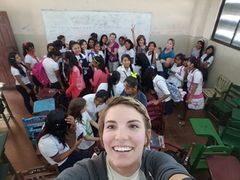 We battled with them only having the same small sized classroom in pretty much every school. The only large areas were outdoors where they didn’t have privacy or a way to hear because there was no containment. So we squished as many girls as we could fit into small classrooms. We had to guard the windows as well because the boys were so curious as to what we were talking about. And the girls didn’t feel safe with them looking into the windows.

This second time around we were much better prepared. We were more deliberate with how we ordered the information, and even prepped the girls with a brief outline of what we would cover, and I dove in. It was very different than the morning class. Many girls in the morning class hadn’t had their periods yet and didn’t know entirely what I was talking about. I think it overwhelmed them a bit. This second class was full of older girls who had gone through puberty and were eager for the info and education we had to offer.

I found that with each group it took me 15 or so minutes to win them over. When you start corralling teenage girls into one room and they don’t know what we’re going to talk about, they can be quite cautious and skeptical. But we didn’t have a ton of time and it was hot in those rooms, so I would dive in as fast as possible and tell them that we were going to talk about important things that many don’t talk about. That it is healthy and so good to understand what our bodies can do and why it is so important to understand how they function and take care of ourselves. Usually within 10-15 minutes I could have them laughing and participating in our discussion and eager to learn what we had to share.

I would talk about how important they are as women. How special they are to have bodies that work correctly and the blessing of being a woman because we are able to bear children. I also spoke about how important education is, and waiting to have kids until after they graduate from High School so they have options on what to do with their life. They can work, have kids, get more education, or all of the above if they can just stay in school until they graduate and get that base level of information.

Then we would go through menstruation and the 4 different phases bodies go through when they are preparing to menstruate. We would talk about when they were fertile and why, what is happening to make it possible. And what happens when you get pregnant vs how menstruation happens when you don’t. Then we went on to teach about the physical anatomy of men and women. That was always interesting, since ALL of these words in Spanish were new to me. Luckily we had flip charts with the words on them, so aside from some pronunciation errors, I got through it all. We talked about how to make babies, followed by the sexual trafficking that is going on in the world and basic ways to be aware of your surroundings and to defend yourself. Then we went on to explain the Days for Girls’ kit and how to use it.

This is the fun part. They are all ears and so excited to learn about it when we get to the kit. Pads are so expensive down there, but they did have access to them it was just a burden to spend so much when they had so little. We pulled out the bags we had to demo and showed them the individual parts. Then we had a demonstration by Jenni or my Sister in Law Kelly Griffiths. Kelly did it in that first afternoon class. She put on a pair of underwear and showed how to use the pad and then be able to dance and do all normal things without it getting in the way. They LOVED her. They were laughing and loving every second of it. We ended with taking selfies, hugging the girls, becoming FB friends and talking until we were dragged away by our Health clinic friends for dinner. We had the girls write down their name, age and underwear size so that we could bring kits back later in the week. Some of the girls were begging us to leave our samples with them so they could use them already, but we didn’t have enough so we promised we’d be back.

We taught 2 classes that first day, and then we returned for dinner. I was so wiped out! I hadn’t spoken SO MUCH Spanish in AGES. I sat with Irma getting a few photo copies before we went to dinner and she turned to me and said, “You are so knowledgable, I’m really impressed”. I felt flattered and began to explain how I spoke Spanish on a mission and taught Spanish for a little while, to which she said - “No, not your Spanish, your knowledge of the human body and the sexual organs”. Aside from brushing off my slightly damaged pride, I realized that we had been able to help educate her as well as the young women on the class. 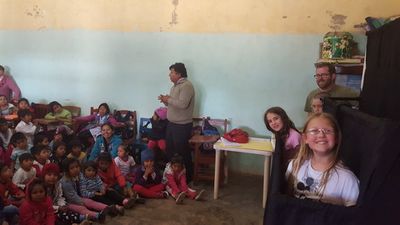